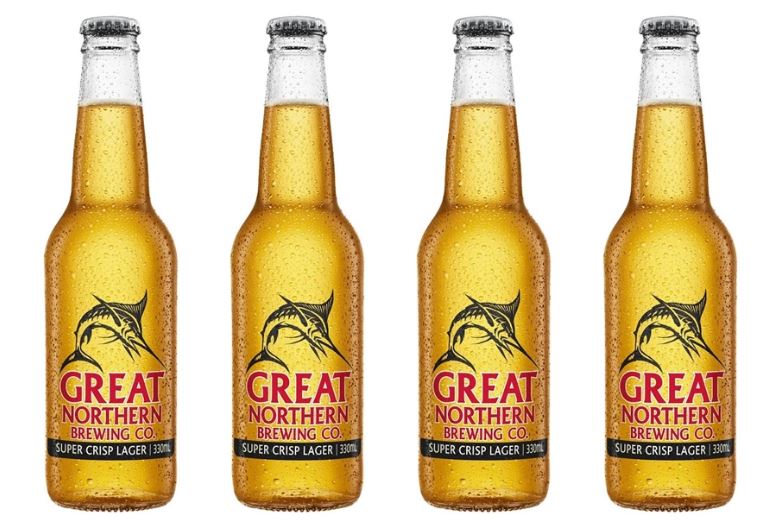 My affinity for indie beer is well known. I won’t get into big beer vs. independent here. You don’t have to look far to find the cases for each side. They’re prosecuted regularly on social media with varying degrees of prose and validity.

So for the sake of simplicity, let’s just say I watched this ad, primed to criticise it. Big beer advertising regularly exploits its target market. Gender stereotypes are the biggest weapon in its arsenal. They’re usually about as willing to innovate with advertising tactics as they are with beer.

But, much to my surprise, I do not hate this ad. In fact, I find it quite endearing. And I’d like to explain why.

No one can argue the prevalence of the premise that beer is a man’s domain. It has been perpetuated for as long as I can remember in Australian beer advertising. The representation of women is changing, but it has a long way to go. Minority groups are virtually unseen. If you believe the marketing, women are only around beer if they’re with their partner, and gay and black people don’t drink beer at all.

Good Beer Week’s Brewin Transfer is an event that analyses beer advertising by tasking participants with creating a fictitious ad. These two crowd favourites beautifully parody traditional beer advertising and shine a light on the stereotypes they employ.

Getting out what you put in

Back to the Great Northern ad. I think there’s a lot more going on than meets the eye.

If you’ve seen it already and view it as a nothing more than a superficial piece of marketing, I’m not going to tell you you’re wrong. It is an ad for beer after all. I’m not sure how much of what I observed was intended by the creators. But if you’ve gotten this far, I suspect you’re interested in a different perspective.

Whether media like this is created with altruistic intentions or not, I believe in celebrating the positives. Intention is important, but should be balanced against the output, on a case by case basis. There’s also something to be said for subverting its message. It can be a fun way to annoy the creator, as well as the target audience.

In the opening seconds, the ad explicitly mentions Covid. It’s an integral part of the narrative. Particularly its impact on mental health.

We currently hear on a daily basis the number of people who have tragically died from the virus. But the number of lives lost as a result of the psychological impacts of unemployment, financial hardship and mental stress, are more elusive and difficult to quantify. What studies have been done, do not estimate the numbers to be small.

This ad raises the subject in a very believable and relatable way. It touches on the direct impact, but also another stark reality. Whatever challenges we were already facing before the pandemic hit, they do not go on-hold until it passes. I have been lucky in many ways amid the pandemic, but the reality that life does not stop for Coronavirus, is a truth I know only too well.

A small criticism I’ve seen of this ad relates to one of the men appearing to embark on this little adventure while his wife is pregnant. I cannot speak to the precise reasoning behind these criticisms I’ve observed, but the suggestion seems to be that it’s inappropriate for a man to leave his partner at such a time.

Now, I don’t want to ignore or gloss over some realities. Yes, some men still view babies and raising children as predominantly the domain of the mother. Their empathy for the physical and emotional stresses associated with pregnancy are lacklustre at best. Thankfully it’s an attitude we’re moving away from, but if you want to argue that this ad plays into that scenario on some level, I’m not going to disagree with you.

But I ask you to consider the men who do not have this view. There are fathers who are equal participants in parenting, and stay by the side of their partner through pregnancy and almost all that comes with it. They cannot know or endure the same mental pressures as their partner, but from conception to birth, through morning sickness and exhaustion, through IVF and miscarriage, they are there.

Providing the timing is appropriate, and their partner is safe and happy for them to do so, surely it’s acceptable for a man to take time out to look after his own mental health. After all, any individual, be they male or female, who is not in a fit state of mind, will have a harder time looking after their loved ones, if they are not well themselves.

We’re beginning to understand men do not look after themselves as well as they should and recognise the importance of men’s mental health. We’re also beginning to break free of masculine stereotypes which have conditioned us to suppress our emotions and endure life’s challenges silently and in solitary.

There’s a strong message in this ad about the importance of men’s mental health and I don’t think it should be downplayed.

You didn’t go up there to fish

A cursory revisit of past ads for Great Northern available online, confirmed some of my suspicions about this ad. There are noticeable differences between those ads and this one.

Some of my observations may be more subjective than others. It’s ultimately up to you to decide if you agree or not. But I think that when you consider them all together, it’s hard to disagree that this ad would not have been made ten years ago. Maybe even five. The portrayal of men in this ad is not typical for a beer ad.

They aren’t overtly masculine in appearance. There are no exposed arms, no Blundstone boots and no wide-brimmed hats. They are average build too. I’m almost inclined to say, a little weedy.

They talk about their feelings and how life’s challenges have impacted them emotionally. They philosophise about the calming effect of nature, about connecting with it, and connecting with each other.

But alongside all these aspects, perhaps the most important difference between the men in this ad, and those in all the others I observed, is the most simple.

There are only two of them.

I have little hesitation in suggesting that producers and writers of beer ads are acutely aware of the possible implications of the number of men in a beer ad, or who they are with. These decisions would be very considered indeed.

To simplify the scenario, imagine the producers of beer ads imagining the audience’s mindset like this.

But just two guys? Well, it’s more difficult to stop the average homophobe’s mind from wandering in this situation. Best not to go there.

Cast your thoughts back now to the inclusion of a pregnant wife in the narrative. In fact, both men mention their wives. It’s a deliberate inclusion designed to steer the viewer away from suspicions about their sexuality.

As I heard on a podcast only last night, some men are prepared to spit out a beer they’ve already enjoyed half of, when they find out it’s alcohol-free. How likely are they to buy, if they think the men drinking it in the ad are gay?

I have little sympathy for beer marketers in this plight. By reinforcing masculine stereotypes time and time again, they have helped galvanise the attitudes of much of their market and limited their avenues to new ones.

This ad deviates significantly from the tried and true formula for beer advertising. It takes a risk portraying a relationship between two men which could be interpreted in this way.

In the immortal words of Bart Simpson, “Something about a bunch of guys alone together…”

My only real criticism of this ad is that the product itself seems relegated to the periphery. For the most part, I’m prepared to overlook it because it’s a crime perpetrated across the entire advertising landscape. Like Barney’s ad for Mr Plow, the relationship between the narrative and the product is tenuous, if it’s even there at all. Like many ads these days, it’s plausible one could remember the ad, without being able to identify the product at all.

I find this ad endearing because of the way it approaches men’s mental health and the risk it takes with the portrayal of the men in it.

I don’t wish to imply anything about the relationship that’s presented or suggest there’s an underlying subtext. In fact, that would sabotage what’s good about it. The traits of the men depicted are acceptable, admirable qualities for any man. I’m happy they’re portrayed this way and their positive approach to managing their own mental health.

Are CUB simply exploiting covid-19 and men’s mental health for their own ends? The cynic in me says they probably are, but the optimist doesn’t care. The subtle differences in the approach to this ad compared to others, sends a message that men do not have to cling to old fashioned ideals and expectations about how we should behave.

The ad does still treat beer as a man’s domain. But that domain is a little different than it used to be. Masculinity is less present. There’s room for feelings and vulnerability. Like real men.