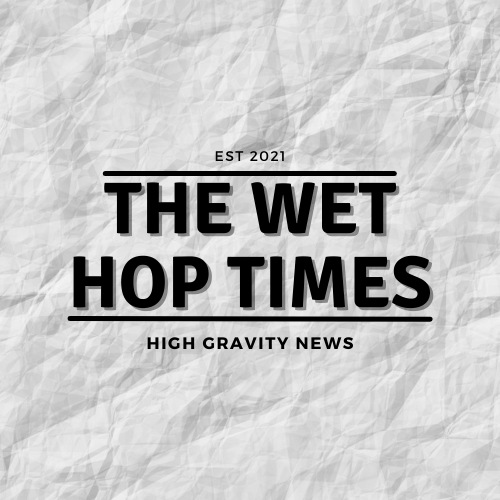 Avid craft beer fans were in a frenzy this past weekend, as the results of the 50 Greatest Aussie Crafties, also affectionately known as ‘50 Crafties’, were announced. They were received with all the civility of a US election.

Breweries, brewpubs and taprooms all over the country were packed with beer nerds eager to have their opinions validated, while elsewhere the rest of the nation drank their Great Northern without judgement.

The poll showcases breweries and beers from all over the country. One style gaining popularity has many excited.

Dave Tribbet (32), a local at 7 Generic Animals Brew Co in Brisbane with over five million check-ins on OffTapp, told The Wet Hop Times how excited he is to see more hazies in the list.

“I know the style cops a lot of shit for being an Instagrammable beer and nothing else, but that’s from people obsessed with flavour.”

“So many great things have originated from the same place hazies did. Barnaby Joyce has done great things there”

Dave said there are many who want the range of beers to be broad and diverse but don’t understand market demands.

“The old guard in the craft beer world would like to see a few more old-school pilsners and wheat beers,” he said.

“That European stuff is so one-dimensional and boring. Do they even use hops in them? You can’t taste it.”

“I just don’t think there’s a market for beer like that in Australia. Even before craft, we were drinking Draught and VB. Not that German shit!”

Randall Timmons(40) is a regular in the taproom at 23 Neckless Giraffes Brewing. He laments the absence of Barleywines, Imperial Stouts and QDH NEIPAs.

“I mean, where was Dry Hopped Dank Bine Grenade, Wet Hopped Cosmic Smoothie Blast and Luscious Mosaic Tiki Phantasm? These were some of the best beers to come out last year.”

It’s a common sentiment in some circles. Enthusiasts are demanding answers to why beers that can only be obtained by queuing at the brewery when they’re released don’t feature more in the 50 Crafties.

Randall says it points to a greater problem with the poll.

“When my mates tell me the beers they’re going to vote for, I tell them they shouldn’t bother because it’s just a popularity contest now.”

“It’s been rigged by the big corporate sponsor and bigger breweries are getting bots to vote for beers. I heard it’s even been hacked by the Russians.”

“The beers should be judged on their technical merits by experts and professional brewers, but we’ve got nothing like that in Australia.”

“There are so many homebrewers making stuff 100 times better. My mate Rob makes this amazing pop-corn IPA. The buttery aftertaste he manages to achieve is something you just don’t find in these widely available craft beers.”