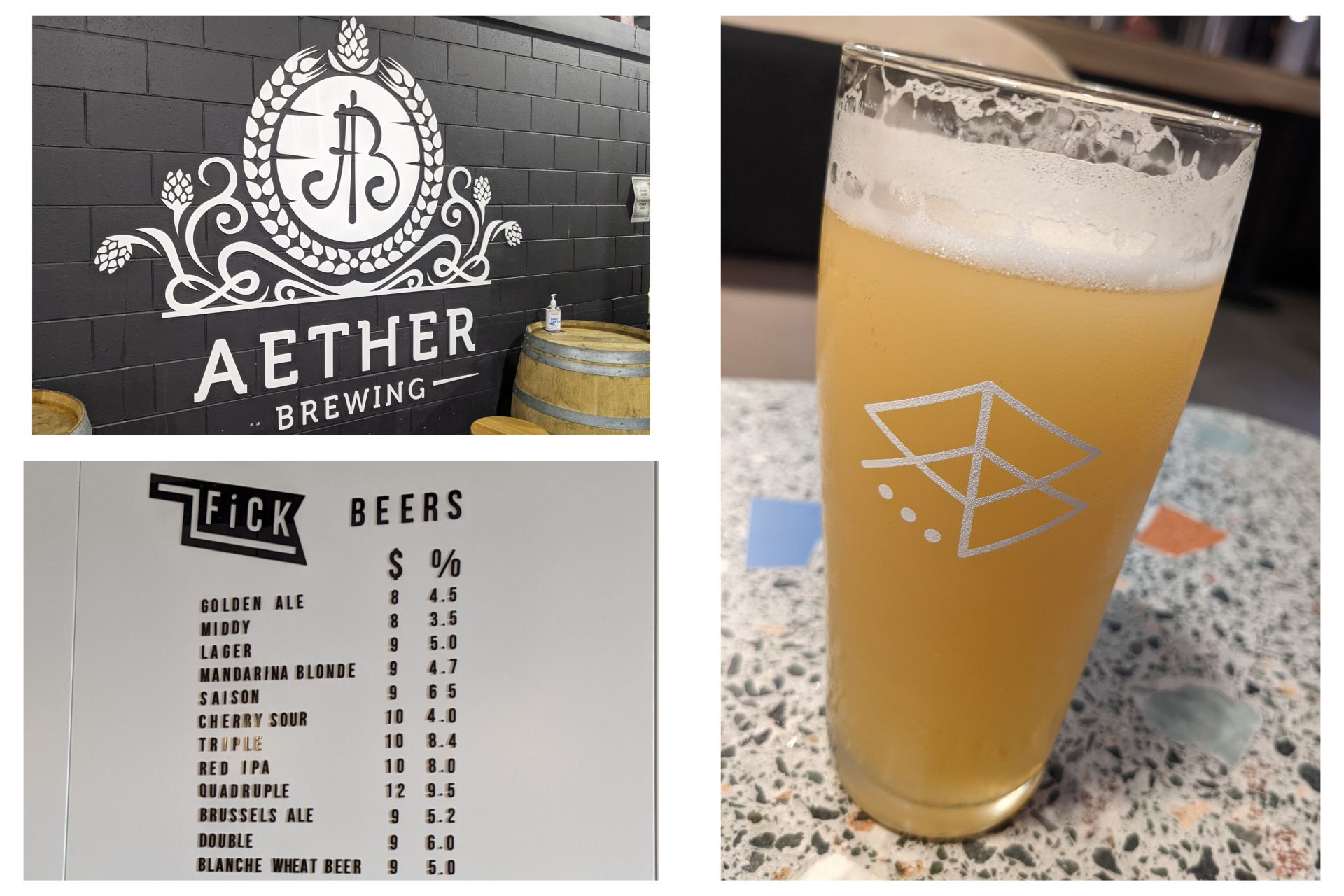 A wobbly start to day three of my tour around breweries in Queensland’s capital. I start in the north and work my way back to the city centre.

Imperial stouts are delicious—a great beer to end a night.

At this point in my life, I feel I’m a much smarter drinker than I’ve ever been. Since my aim was to see as many breweries and venues as I could on my trip, I limited myself to between one or two beers at each and was mindful of their ABV. I kept my fluids up and made sure I ate.

But at the end of the previous night, I wanted the tastiest, most decadent stout I could find. But, when you’ve been touring breweries all day and have plans to do it again the next, the choice to finish with a 12 per cent ABV beer – has flaws.

While still far from a full-blown hangover, my condition on this morning was shaky.

My instability was exacerbated by aching feet and ankles, no doubt caused by my less-than podiatrically sound footwear.

I knew getting moving again would see me right eventually, but all the same, I thought it wise to rest a little more before venturing out again.

As I mentioned at the end of part two, I had a tentative plan to join Hop On Brewery Tours and see some breweries on the Goad Coast. This would require that I catch a train around 11 am, so I could meet them as they started out.

Opting instead for a later start to the day, I decided to continue my adventure while staying in Brisbane instead.

The new plan was to take the train from Roma Station to Northgate, visit two breweries in the vicinity, return to the train and backtrack to Bowen Hills and walk between some breweries in Newstead and Teneriffe.

After a quick stop for a take-away coffee, I was on my way.

After fifteen minutes on the train and another fifteen on foot, I was at my destination.

Fick Brewing was recommended by Joslyn as an alternative to Madocke Brewing. Both have a focus on Belgian beer styles.

But now I was in a quandary. The tap list was certainly everything I could have hoped for, but with few of these ales under 6 per cent ABV, which ones would I sample? Even without the experience from the previous night, I know better than to kick off a tour of eight or nine breweries with a 9.5 per cent Belgian Quad.

I opted for the Mandarina Blonde since I assumed it took its name from Mandarina Bavaria hops, a variety I have some interest in. I followed that with some spicy chicken goujons, matched with the Triple.

Buying takeaways to bring back to Victoria was an option, but I was reluctant to risk bottled beer in my luggage. In hindsight, I should have taken a chance. I guess I’ll have to come back next time.

The walk from Fick to Aether was less than ten minutes. Something of a relief, since the sky was starting to turn grey.

The venue epitomises what I love about small independent breweries. To the front, there’s an open space with tables and barrels that provide seating for the predominantly local clientele, but at the rear, they’re among the tall, sparkling stainless steel kettles and fermenters in all their glory.

I have only a basic theoretical understanding of the beer-making process, but as I sat enjoying my beer, I found myself tracing how the liquid flows through pipes and heat exchangers between the various vessels and tanks.

It’s a venue that screams, yes, we make the beer here.

Upon the shiny white tiled wall that acts as a beer menu, one beer was begging me to sample it. The Pinot Grigio sour. Pressings of the grape are added in the brewing process and it’s aged in oak barrels.

I’ve had very few Aether beers. Despite this, the brewery often sits at the forefront of my mind. The combination of distinctive branding and a unique, succinct and mythological name, have etched the brewery into my memory. It appeals to me on some level that I daren’t try to explain. I’ll leave it to the marketing psychology experts.

And the first beer that springs to mind when I think of Aether, is El Jefe. Perhaps because it reminds me of the expansion for one of my favourite video games, Red Dead Redemption: Undead Nightmare. The grey figure’s Aviator style sunglasses appear like a skull’s wide, black eye sockets and his sombrero harks back to the old west.

I enjoyed a free pint of the Mexican lager, courtesy of The Crafty Cabal, before moving on.

I need to give a quick mention to All Inn Brewing despite having not visited the brewery.

I could have taken the train two stops further out the Northgate line and been at the brewery in around fifteen minutes. It wasn’t until speaking with brewery staff at GABS the following day that I discovered just how close by I was.

I mention it now, rather than later in this story, just in case anyone is inspired to mimic some part of my journey.

I confess to being somewhat ambivalent about visiting Range Brewing before I got there. They certainly make amazing beer and are deserving of the excitement they generate Australia wide.

I find my experience with Range to be something of a blur. Unlike other breweries, there’s no single beer that sticks in my mind and I’ve not formed any attachment to the brand. Keeping up with them is hard work, even for me.

But since I was in the area, and there was no doubt I’d get a great beer from this multi-award-winning brewery, I thought I’d check out the site where people line up for limited releases.

I hadn’t studied the tap list closely by the time it was my turn to order. Around half of the eighteen beers were IPAs, so I decided to trust the staff to help find something that might suit me.

The barman laughed. “Well, we just so happen to have this…”

He pointed to the menu, and there it was, Dripping in Green: Mosaic + Citra.

As I sat enjoying my IPA, a beer I felt was made just for me in that moment, I scanned around the rest of the venue.

The seating area to the rear of the venue is surrounded by the brewhouse itself. A steady stream of people visited a counter designated for takeaway sales and merch nearby. I didn’t see any food, but would later be reminded that it is available.

With five o’clock drawing near, the venue was already heaving. I vacated the booth I was occupying on my own and moved to a small table nearer the bar to ponder.

When it opened in 2018 Range Brewing defied convention by not having a core range of beers. Not only have they been validated by their success, but the practice of turning out a seemingly endless stream of limited release beers has been adopted by more than a few other breweries. In a way, I suppose the model is the perfect fit for a market flush with promiscuous beer ‘tickers’.

I’m glad I visited and saw where it all began.

With the sun now dipping below the horizon, I left for the next brewery.

The day continues in Part Five.